Are you trying to decide between a ceiling fan and a chandelier for your baby’s nursery?

Aesthetically, this is a no brainer. Nine times out of ten, a gorgeous light fixture is going to be more pleasing to the eye than a nursery ceiling fan.

But what about from a safety perspective?

You may have heard that nursery ceiling fans help prevent Sudden Unexpected Infant Death (SUID) and its better known subset, Sudden Infant Death Syndrome (SIDS), but is there evidence to support this?

Disclosure: Affiliate links are used in this post, at no cost to you. 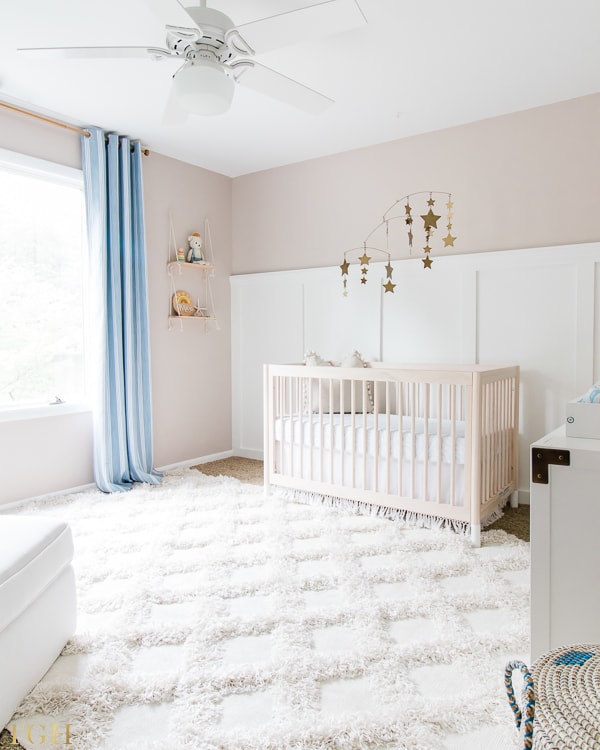 Do nursery ceiling fans reduce the risk of SIDS?

According to the American Academy of Pediatrics (AAP), “there is currently insufficient evidence to recommend the use of a fan as a SIDS-reduction strategy.”

There is one study that suggests a significant reduction in the risk of SIDS. The authors theorized that the increased air movement from the fan decreases the accumulation of carbon dioxide around an infant’s mouth and nose.

However, the AAP warns that due to a number of factors such as small sample size and the possibility of recall bias, this study should be interpreted with caution. As such, they do not recommend ceiling fans to reduce the risk of sleep-related death. 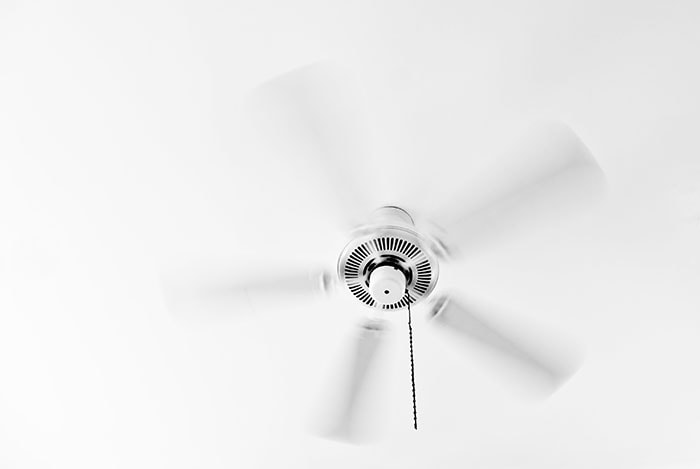 Does this mean you should skip the nursery ceiling fan altogether?

While fans aren’t important for air circulation, they may be slightly helpful in preventing overheating, which is also a risk factor for SIDS.

To be clear, if you over-bundle your baby for sleep, a fan isn’t going to do much. You should always dress your baby appropriately based on the temperature inside the room.

But, let’s say your air conditioning is broken and your baby is sleeping in just a onesie and a diaper. In this case, the fan will help sweat evaporate from your baby’s skin, which has a cooling effect.

In short: Is there a direct link between fans preventing SIDS? No.

Should you feel guilty about buying a chandelier instead of a nursery ceiling fan? Also no.

What’s most important is practicing safe sleep. We’ll talk about that next.

From a nursery room perspective, what else can be done to prevent SIDS?

The #1 thing that parents get wrong is “beautifying” the crib.

Absolutely nothing should be added to a crib to make it more comfortable, cozy, or pretty.

The only thing that’s safe to add to a crib is a fitted sheet. If you’re looking for the softest crib sheets, check out this post with our favorites.

The AAP also says that crib mobiles are fine until an infant reaches 5 months old or is able to sit up, whichever happens first.

Even if they look nice, it’s a suffocation and strangulation risk to add things like a canopy draped over the crib, bumpers, string lights, and garlands.

Always place your baby down to sleep on their backs in a completely empty crib (or bassinet or playard) with an extra-firm mattress. We love this ultra breathable crib mattress by Newton Baby.

You may have heard of babies sleeping in the Dock-a-Tot… this is NOT an safe sleep surface according to the American Academy of Pediatrics.

However, the Dock-a-Tot is still a great tool for moms to use (just not for sleep!). To clear the confusion, we wrote this post on four other safe ways to use the Dock-a-Tot. 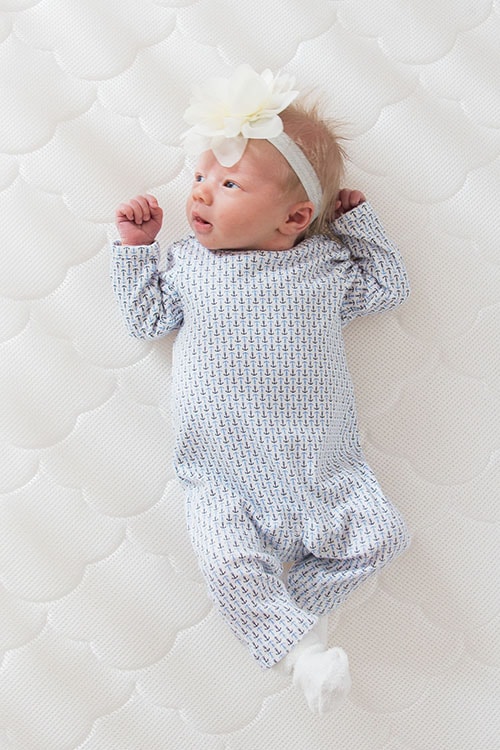 Final thoughts on choosing a nursery ceiling fan vs chandelier

If you’re trying to decide between a nursery ceiling fan and a chandelier for your baby’s room, the good news is that you can free yourself of the “mom guilt” and choose whichever you think looks the nicest.

Plus, if you decide to forgo the nursery ceiling fan, you can always purchase a free standing fan or a window fan that can be stored in a closet when not in use.

We interviewed 7 top experts to get you the best recommendations on baby safe paint lines for nurseries!

Thank you to Lauren Levy for sharing her expert knowledge with us on this post! 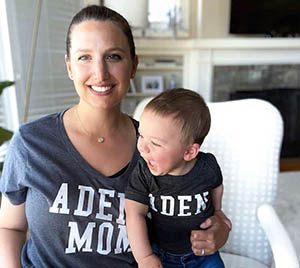 Lauren is the founder of Adensmom.com, a blog for new parents with a strong emphasis on communicating the science behind safe sleep practices. Our easy-to-understand series of guides answer frequently asked questions about how to prevent SIDS and SUID. In addition to separating the evidence from the “you do you mama,” our mission is to normalize safe sleep and show that it’s not only lifesaving, but that it can be pretty too.